Despite the fact that there were many other attractive events locally in the district that were arranged in the same weekend, about 130 local people and travelers from afar showed up for the opening ceremony, and many brought homemade cakes for the occasion.

Setra resident Anne Vanem opened the ceremony with a welcome lure on neverlur, while musician pair Tone Hulbækmo and Hans Fredrik Jacobsen from Tolga followed with varied and partly Indian inspired folk music, to the audience's great amusement. Alongside their exquisite musicianship, Tone and Hans Fredrik enthralled the audience with great humour. They performed their two performances on the veranda.

Opera singer Knut Stiklestad did an excellent job as compere, while he also appeared in the two classic performances, along with our own eminent "house pianist" Atmasukha Ananda. Both of these two classic performances took place in the conference room downstairs, which was packed with people. Stiklestad and Atmasukha premiered among others three poems from "Snøfugler" by Sri Ananda Acharya, tone set by Atmasukha, which was stunningly beautiful and touched very many.

All photos by: Bjørn Pettersen 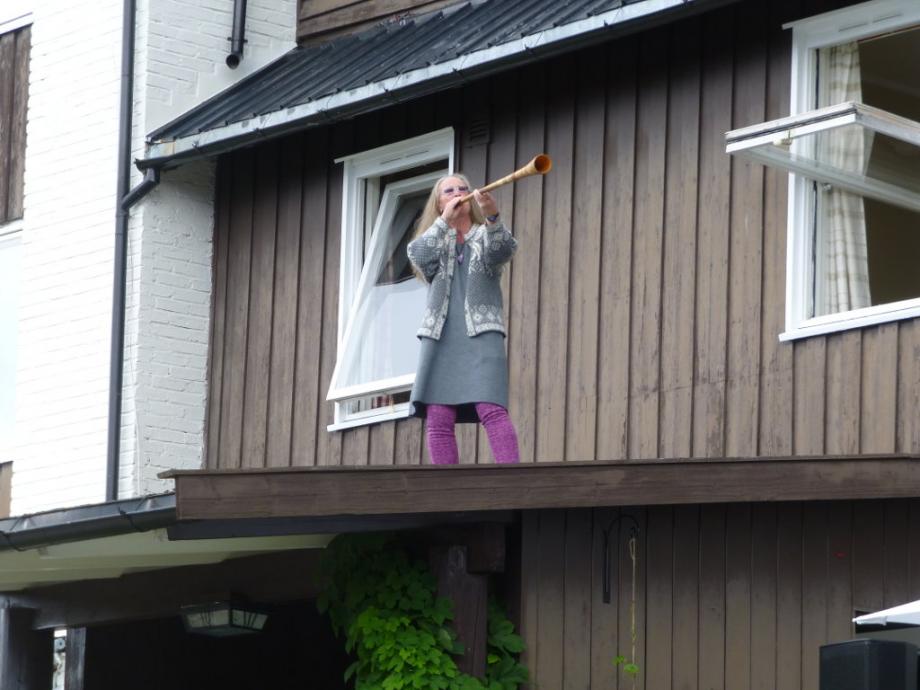